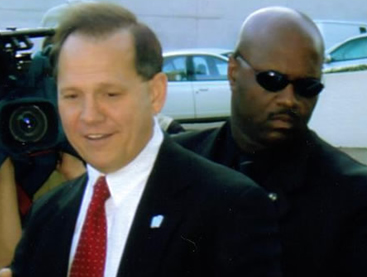 Dr. Leonard C. Holifield, CPS, CGSP, is President, Founder and CEO of the International Academy of Executive Protection Agents, LLC. He is an honor graduate and former staff instructor for ESI – Executive Security International and former security chief and personal bodyguard to the former Chief Justice of the Alabama Supreme Court, Chief Justice Roy S. Moore, aka the Ten Commandments Judge. With over 20 years in the executive security field and leading expert in close quarter combat, he is one of the most sought after instructors in the United States. He holds Doctorate / DMS degrees in Business Administration / Security Risk Management from Hill University and Martial Science from the World Organizer of Martial Arts, Japan. He also holds advanced teaching credentials in Executive Protection from Phoenix State University.

He is the author of SOLO – Security Operations for the Lone Officer, (Outskirts Press) and Close Quarter Combat – A Soldiers Guide to Hand-to-Hand Combat (Paladin Press), He is a frequent lecturer on executive protection, national hate groups and gangs, unarmed self defense and one-man solo security / protection operations. During his 10 year military career he served as Chief Combatives Instructor to the United States Army from 1987 to 1997. He has trained Special Forces, Infantry, Airborne, Air-Recon, Military Police, Psychological Operations and SRT – Special Reaction Teams to name a few. A former military police officer and decorated combat veteran of the Gulf War, he was credited with capturing the first Iraqi POW during Operation Desert Storm. His work in the field of military combatives has been recognized by military leaders throughout the world and featured in several U.S. Army publications to include, Soldiers Magazine, ARMY Trainer Magazine, KORUS Magazine, AFKN News, Military Police Magazine, Stars & Stripes and Combative Masters of the 21st Century (Lulu Press).

We Believe:
You deserve the best qualified personnel.

You deserve excellent customer service.
You should receive what you pay for.

We Believe:
You deserve the best-qualified personnel…
You deserve excellent customer service.
You should receive what you pay for.